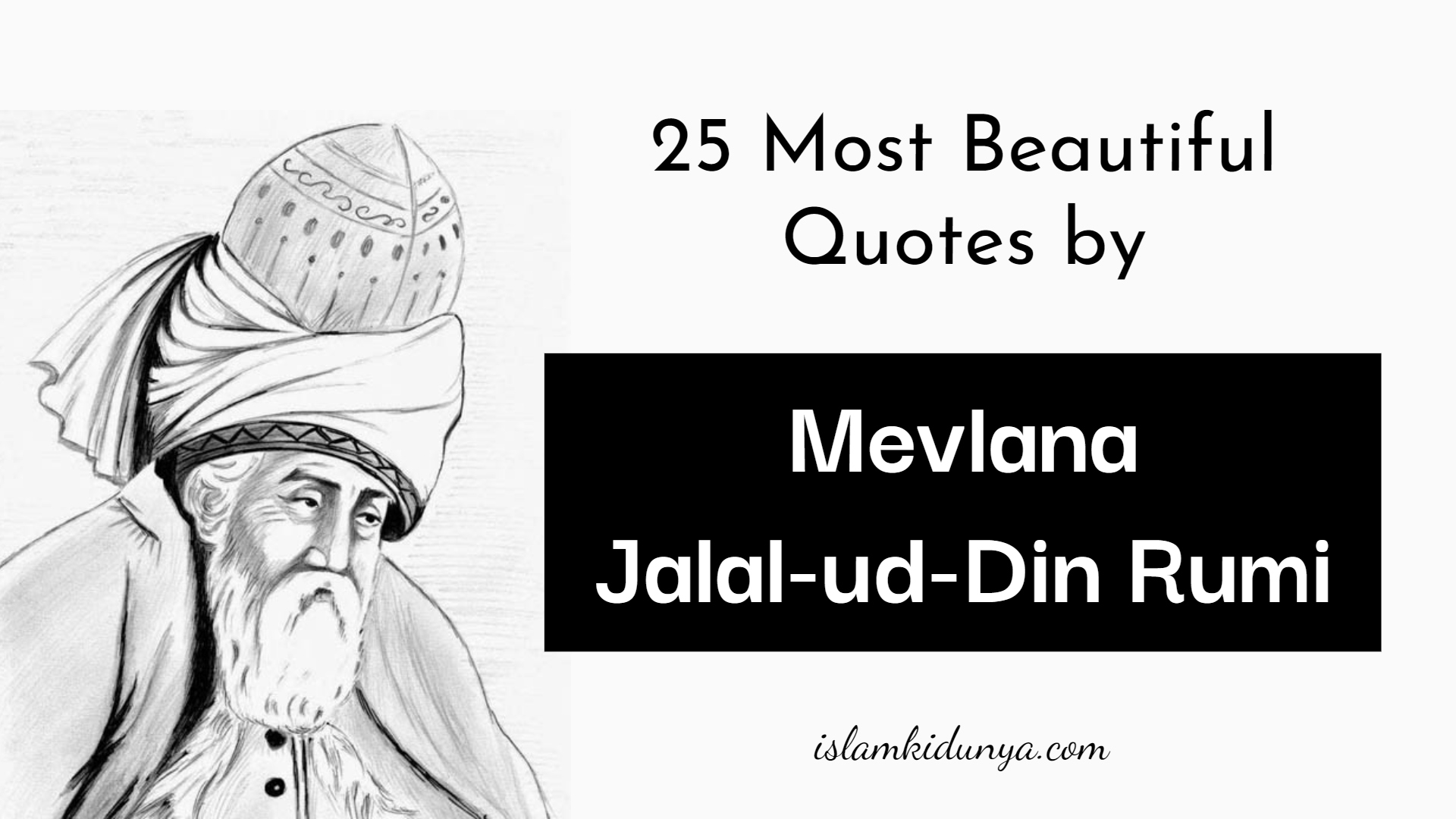 Jalal ad-Din Muhammad Rumi also known as Jalil ad-Din Muhammad Balkhi and more popularly simply as Rumi, was a 13th-century Persian poet, faqih, Islamic scholar, theologian, and Sufi mystic originally from Greater Khorasan. Rumi’s influence transcends national borders and ethnic divisions: Iranians, Tajiks, Turks, Greeks, Pashtuns, other Central Asian Muslims, and the Muslims of the Indian subcontinent have greatly appreciated his spiritual legacy for the past seven centuries. His poems have been widely translated into many of the world’s languages and transposed into various formats. Rumi has been described as the “most popular poet” and the “best selling poet” in the United States.

Rumi’s works are written mostly in Persian, but occasionally he also used Turkish, Arabic, and Greek in his verse. His Masnavi (Mathnawi), composed in Konya, is considered one of the greatest poems of the Persian language. His works are widely read today in their original language across Greater Iran and the Persian-speaking world. Translations of his works are very popular, most notably in Turkey, Azerbaijan, the United States, and South Asia. His poetry has influenced not only Persian literature, but also the literary traditions of the Ottoman Turkish, Chagatai, Urdu and Pashto languages.

30+ Beautiful Collection of The Holy Quran Quotes & Verses [WITH PICTURES]

Maybe you are searching among the branches for what only appears in the roots.

When setting out on a journey, do not seek advice from those who have never left home.

If you want something, release the wish, and let it light on its desire, completely free of the personal.

Yesterday I was clever, so I wanted to change the world. Today I am wise, so I am changing myself.

The desire to know your own soul will end all other desires.

Peaceful is the one who is not concerned with having more or less.

Be a lamp, a lifeboat, a ladder. Help someone’s soul heal. Walk out of your house like a shepherd.

I learned that every mortal will taste death. But only some will taste life.

When you lose all sense of self, the bonds of a thousand chains will vanish. Lose yourself completely. Return to the root of the root of your own soul.

Once you conquer your selfish self, all your darkness will change to light.

You don’t live on earth, you are passing through.

Muslims during times of deep trial, hardship, and sadness, seek comfort and guidance from the words of Allah in the book of guidance the Holy Quran.

You are searching the world for treasure, but the real treasure is Yourself.

Our greatest strength lies in the gentleness and tenderness of our heart.

Be like a tree and let the dead leaves drop.

The desire to know your own soul will end and all other desires.

Behind every atom of this world hides an infinite universe.

When you feel a peaceful joy, that’s when you are near (the) truth.

Being a candle is not easy; in order to give light one must first burn.

Don’t grieve. Anything you lose comes round in another form.

Your radiance shines in every atom of creation yet our petty desires keep it hidden.

The wound is the place where the light enters you.

There is a voice that doesn’t use words. Listen.

“I answer the prayer of the supplicant when he calls on Me.”(Baqarah 2:186)

May ALLAH accept our prayer. Ameen

These Rumi quotes will bring inner peace and contentment

Inspirational Rumi Quotes That Will Transform Your Life

“The quieter you become the more you are able to hear.”

“It’s your road, and yours alone, others may walk it with you, but no one can walk it for you.”

“Don’t you know yet? It is your light that lights the worlds.”

“Raise your words, not your voice. It is rain that grows flowers, not thunder.”

“What you seek is seeking you.”

When you do things from the soul, you feel a river moving in you, a joy.

Love is the bridge between you and everything.

The garden of the world has no limits, except in your mind.

Your heart knows the way. Run in that direction.”

My soul is from elsewhere, I’m sure of that, and I intend to end up there.

You have within you more love than you could ever understand.

The art of knowing is knowing what to ignore.

Why do you stay in prison when the door is so wide open.