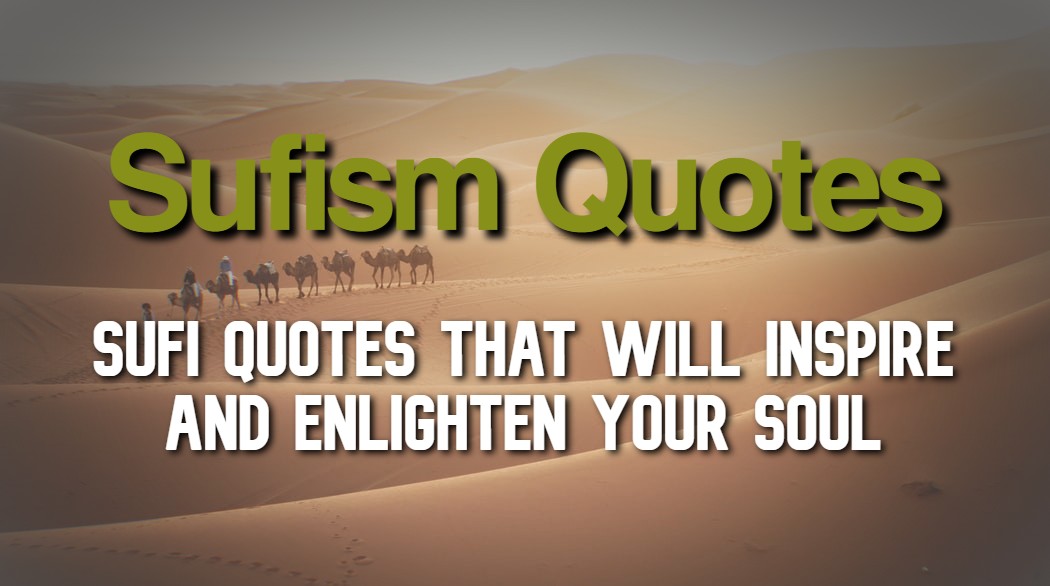 Sufism or Taṣawwuf , variously defined as “Islamic mysticism”, the inward dimension of Islam or the phenomenon of mysticism within Islam, is mysticism in Islam, “characterized [by particular] values, ritual practices, doctrines and institutions” which began very early in Islamic history and represents “the main manifestation and the most important and central crystallization of” mystical practice in Islam. Practitioners of Sufism have been referred to as “Sufis”. Sufi practice focuses on the renunciation of worldly things, purification of the soul and the mystical contemplation of God’s nature. Followers try to get closer to God by seeking spiritual learning known as tariqa.

Sufi Quotes That Will Inspire and Enlighten Your Soul

For good health control your diet, for good soul control your sins, and for good faith send blessing upon Prophet MUHAMMAD (PBUH).

Learn from Ali (R.A), the sincerity pf actions. The lion of ALLAH is free from deception.

Take every effort of guard you tongue as it is the strongest cause of your destruction in this life and the next.

Bring anger and pride under your feet, turn them into a ladder and climb higher.

We make plans, unaware of what is being planned, and what we plan cannot withstand what God Plans.

The remedy against want is to moderate your desires.

Patience is the key to happiness.
– Rumi

Only the word “I” divides me from God.
– Yunus Emre

From each, love demands a mystic silence.
– Attar of Nishapur

The true man attaches his heart to none but God.
– Bayazid Bastami

The thing we tell of can never be found by seeking, yet only seekers find it.
– Bayazid Bastami

The lover of God will cry and weep until he finds rest in the Beloved’s embrace.
– Rabia al-Basri

When in the eyes of the beloved riches count not, gold and dust are as one to thee.
– Saadi Shirazi

My friend, the sufi is the friend of the present moment. To say tomorrow is not our way.
– Rumi

The Sea Will be the Sea
Whatever the drop’s philosophy.
– Attar of Nishapur

I am the drop that contains the ocean.
– Yunus Emre

You’ll find a collection of quotes about the hijab.

Sat Jun 27 , 2020
Patience has great status in the sight of Allah Almighty and in Islam. Patience is of best from deeds and has the great reward with no limit. …And be patient and persevering, for Allah is with those who patiently persevere. (Holy Qur’an, 8: 46) Prophet Muhammad said: “Strange indeed are […]