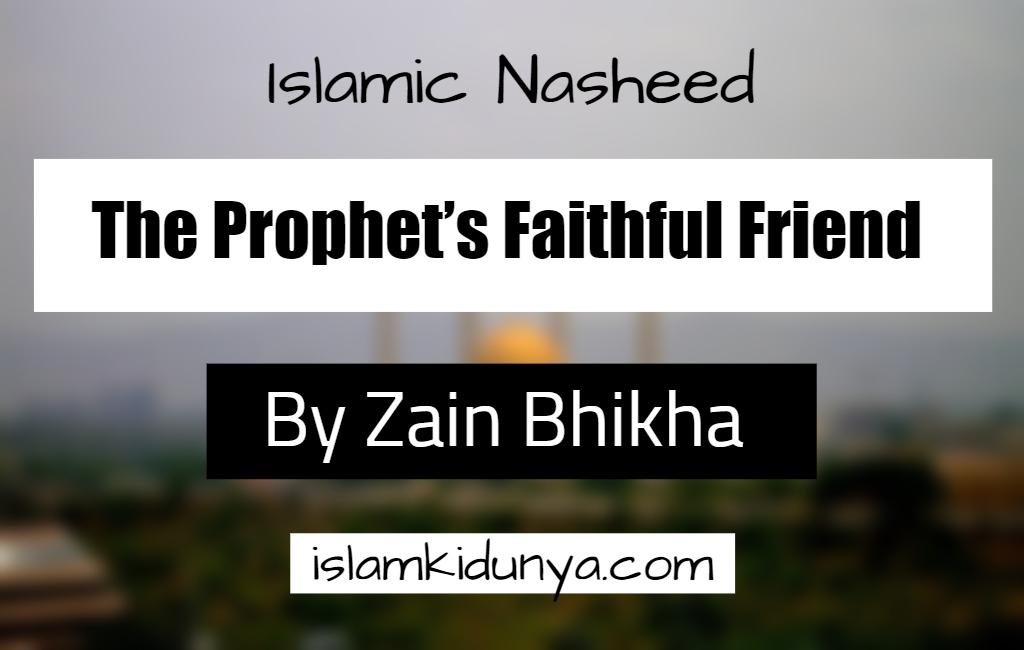 Playing on the dessert sand,
Two friends forever true,
Little did they know back then,
What their paths were destined to.

Companions spreading the word
To the people who needed to hear,
How readily did he accept,
Muhammad’s message from God

Riding on the dessert sand,
Two friends forever true,
And this much did they know right then,
Allah would see them through.

Companions on their way alone,
Seeking refuge in mount thoor,
Their trust only in Allah’s care,
Filled their hearts and souls with noor.

As-Siddiq, best of men,
The Prophet praised you so,
You shared and defended,
You helped the message grow
And unto the very end
The Prophet’s faithful friend

Alone in the desert sand,
Abu-Bakr stands and cries,
Tears roll onto his hand,
At the Prophets demise

For they had stood before all,
As boys and then as men,
Believers unto one God,
The Prophet and his friend.

Wed Dec 18 , 2019
Mountains of Makkah – By Zain Bhikha (Nasheed Lyrics) Oh Mountains of Makkah, what can you say Of the day that Ibrahim passed your way? And He was instructed by God to build A House of peace where people will pray And they will come on every lean camel and […]