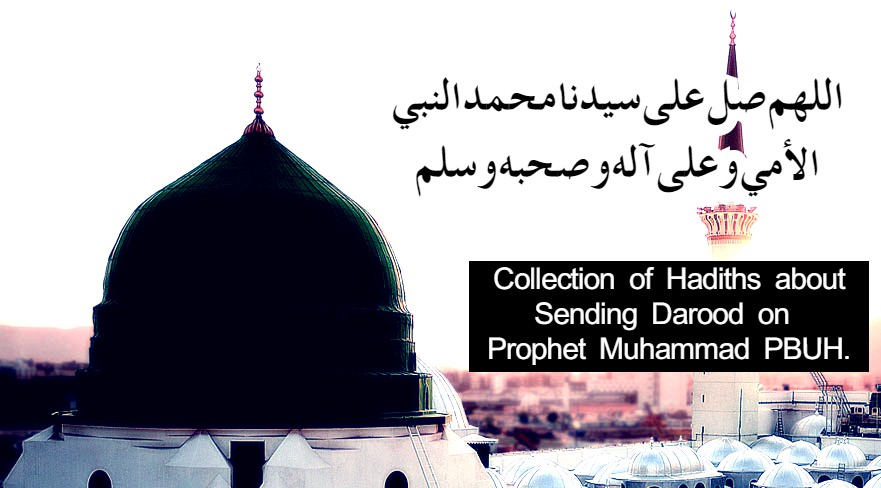 In our religion Islam there are different types of zikar and every zikar have its own blessings but one zikar is always accepted in the court of Allah عَزَّ وَجَلَّ that is sending Darood upon the beloved Rasool صَلَّی اللہُ تَعَالٰی عَلَیْہِ وَاٰلِہٖ وَسَلَّمَ . In this piece of writing we will learn about the blessings of Darood shareef. As we know it is obligatory upon every Muslim to send Darood upon Holy Prophet صَلَّی اللہُ تَعَالٰی عَلَیْہِ وَاٰلِہٖ وَسَلَّمَ. Allah عَزَّوَجَلَّ says in Holy Quran:

Indeed Allah and His angels send blessings on the Informer of the unseen news (Prophet); O Believers! (You must also) send blessings and abundant salutations upon him.

Collection of Hadiths about Sending Darood on Prophet Muhammad PBUH.

It was narrated that Ubayy ibn Ka‘b (may Allah be pleased with him) said:

‘Abdullah bin ‘Amr bin al-Aas (رضي الله عنه) reported that he heard the Prophet (صلى الله عليه وآله وسلم) saying:
When you hear the mu’adhdhin, repeat what he says, then invoke blessings on me for every one who invokes blessings on me once, will receive ten blessings from Allah. Then ask Allah for the waseelah to be granted to me. It is a position in paradise that may not be granted to any but one of Allah’s servants, and I dearly hope that I will be that servant. Whoever asks Allah for the waseelah for me, my intercession is guaranteed for him.

The supplication is stopped between the heaven and the earth and nothing of it ascends, till you invoke blessing on your Prophet.

Sayyiduna Abdullah ibn Masood (radi Allahu anhu) narrates that, “I read my Salaah in the Masjid when Sayyiduna Rasoolullah (sallal laahu alaihi wasallam), Sayyiduna Abu Bakr and Sayyiduna Umar (radi Allahu anhuma) were present. When I had completed the Salaah, I began to praise Almighty Allah. Thereafter, I began to read the Durood Shareef. When I started the Du’a, Sayyiduna Rasoolullah (sallal laahu alaihi wasallam) exclaimed, ‘Ask, and you shall receive, you shall receive!’”.

“The angels will continue to bless anyone who blesses me, as long as he continues to do so, so the servant should either reduce or enhance this”

“The most excellent day is the day of Jumu‘ah (Friday). Adam was created on that (day) and on it the Trumpet will be blown and on it will (the people) loose their senses. So invoke blessings on me abundantly on that (day) for your blessings are presented to me”

Thu Jul 16 , 2020
There are many benefits for the one who recites Durood Sharif daily with affection and respect. Recitation of Durood Sharif reflects one’s true love and affection towards Holy Prophet (SAW). Here are some Durood Sharif to send blessings on Prophet Muhammad PBUH.   Durood Ibrahim اللَّهُمَّ صَلِّ عَلَىٰ مُحَمَّدٍ وَعَلَىٰ […] 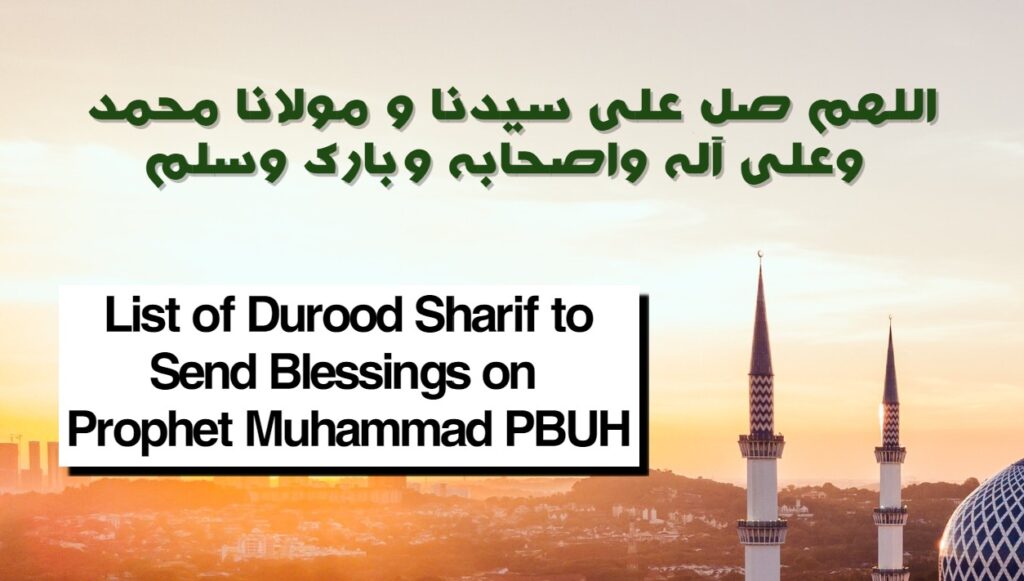