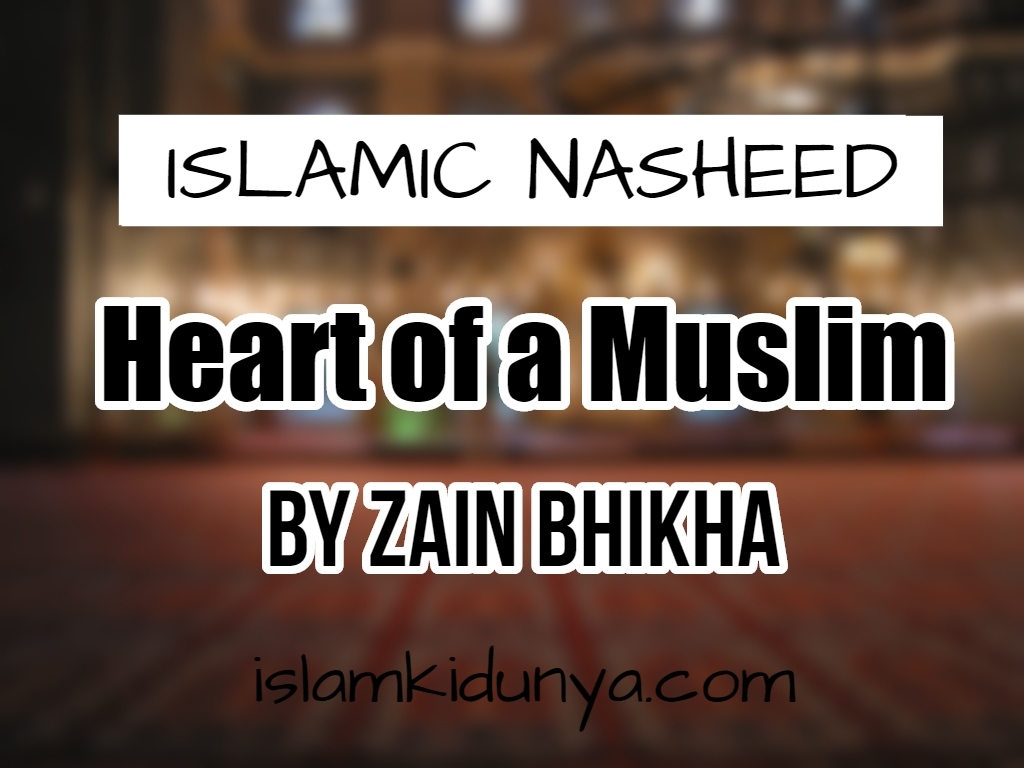 Heart of a Muslim – By Zain Bhikha (Nasheed Lyrics)

Looking up at the sky,
searching for Allah most High
He rejected the way of worshipping Gods of clay
Prophet Ebrahim knew that Allah was near
And that the heart of a Muslim is sincere

Under the hot burning sun, he declared God is one
Though with stones on his chest,
his Imaan would not rest
The Muadhin knew that right would conquer wrong
And the heart of a Muslim must be strong

Chorus:
It’s the heart of a Muslim through
the guidance of Islam
That makes you fair and kind and
helpful to your fellow man
So living as a Muslim means that
you must play a part
Allah looks not at how you look
but what is in your heart

In our poor meager state, little food on our plate
Mother said she was glad
always sharing what we had
When I asked how can we share what’s not enough
She said the heart of a Muslim’s filled with love

So whatever you, make sure your words are true
Honesty is the best, because life is a test
Even if it hurts so much you want to cry
For the heart of a Muslim does not lie

Wed Dec 18 , 2019
City of Medina – By Zain Bhikha (Nasheed Lyrics) Mercy and Blessings from above descend ceaselessly on Medina People feel the joy, people feel the love in the city of Rasullullah A perfect path he laid for everyone He lived and died for us, what have I done I have […] 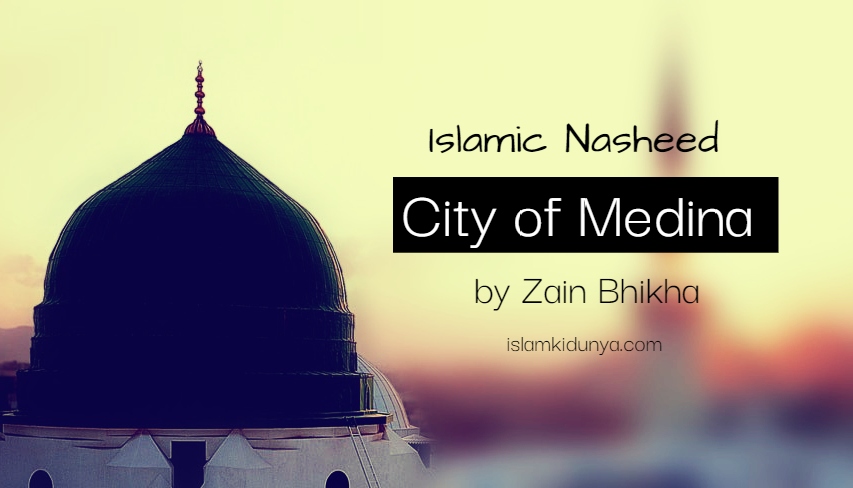