Allah is watching over us all the time and knows all our problems and pains. Allah guides His mankind, even though when people think that He is not listening, but Allah never stops listening to His subordinates. Dua is steady communication between a man and Allah. Allah Almighty says,

“When My servants ask you concerning me, (tell them) I am indeed close (to them. I listen to the prayer of every supplicant when he calls me” [Quran 2:186].

When you make a dua, you can just bring forward your intimate feelings and desires to Allah. A Muslim also asks Allah for His forgiveness and mercy and recites many special duas that make his connectivity with his Lord stronger. Islamic Finder is an Islamic app where Muslims can Read Quran and find duas whenever they need to.

Dua is the safest place for mankind when they have lost their hopes.  We as Muslims believe that only Allah has the solution for all our problems. Allah (SWT) is the Only One who would listen to us and would never leave us alone. We can talk to Allah (SWT) in the form of dua.

3 Special Times When Duas Are Answered

Though there is no special time for making a dua. Whenever we need our Lord, we can bow in front of Him, and make a dua. However, according to Hazrat Muhammad (PBUH), there are some special times, when Allah answers our prayers the most. Amongst them the three special times are the following:

Tahajud is a nafli prayer. Tahajud is considered to be the answer to all prayers after fard prayers.  The time of Tahajud starts after the namaz of Isha and remains until Fajr.

According to some Islamic scholars the best time to perform Tahajud is in the final third portion of the night. The best you can do is delay the witar prayers and first pray Tahajaud. Make your dua, and then offer witar.  A Tahajud prayer consists of 8 rakats that are divided into two or four rakats, the choice is yours. Al Mighty Allah says,

“Worship him in a portion of the night and glorify him through the night” [Quran 76:26]

About Tahajud our Prophet Hazrat Muhammad (PBUH)  gives stress and says “Make a habit of observing Tahajud prayer. It was the custom of the pious before you. It draws you close to your Lord, and keeps you away from sins” (Al-Tirmidhi).

Muslims over the world specially set up their alarm for Tahajud, to stay connected with Allah not only to make their desires come true but also to seek His forgiveness. Visit quranidua for duas that you can recite at Tahajud or nafal namaz.

The Muslims are encouraged to make a dua Between Adhan and Qiyam. This timing has a major significance in Islam because it [is when Allah calls His subordinates for prayers, to worship Him and get a solution for His prayers].

According to Hazrat Anas (may Allah be pleased with him) “Du’a is not rejected between Adhan and Qiyam, so engage in dua (supplication).” [Al-Tirmidhi]

There is a special dua that shall be immediately recited after Adhan to get the blessings of Allah and be near to Him.

(O Allah, Lord of this perfect call and the prayer to be offered, grant Muhammad the privilege (of intercession) and also the eminence, and resurrect him to the praised position that You have promised),” my intercession for him will be permitted on the Day of Resurrection.

The significance of this dua was provided by Jabir ibn ‘Abd-Allah (may Allah be pleased with him) that the messenger of Allah (peace and blessings of Allah be upon him) said: “Whoever says when he hears the call to prayer”.

Who would not love rain?  Especially when they come to know that Allah listens to our duas when it is raining.

It can be proven from the hadeeth of Sahl ibn Sa’d that is based on the saying of our beloved Prophet (PBUH), “There are two which will not be rejected: du’aa’ at the time of the call (to prayer) and when it is raining.” [Abu Dawood].

So next time when it rains, do not forget to make your dua!

Though the above special moment is the best to make duas, however, there are some norms to make a dua if we want it to be more effective.

How Has Our Dua Become More Effective?

First, a person shall not take a part in any unlawful activities.  Acts that are haram in Islam are strictly prohibited if a person wants to come closer to Allah and wants his duas to come true.  A believer shall not drink, or earn haram income. Besides, he or she should not be involved in haram sexual acts (prostitution). Involvement in these activities negates the effect of dua.

Hazrat Muhammad ( PBUH) says that “If a man who undertakes a long journey and is disheveled and covered with dust, and he stretches his hands towards heaven saying, ‘O Lord, O Lord,’ when his food is haraam, his drink is haraam, his clothes are haraam. He is nourished with haraam, so how can he be granted a response? [Narrated by Muslim, 1015].

When making dua, the person shall be in wadu and face the Qibla. For our duas to be more effective, It is advised to send salutations and blessings upon the beloved last Prophet of Allah at the starting and end of the dua. In case of severe difficulty, first offer two Rakat nafal and share your worries with Allah, for there is no one except Allah who would answer our prayers.

Making a dua to Allah brings us closer to our Lord, and we bring forward our intimate feelings and desires to the Creator. Considering the above-mentioned guidelines, our duas are answered for sure at these moments.

Tue Jun 21 , 2022
Eid-Ul-Azha is almost near. Muslims across the world are getting ready for it. It is a time for celebration, but safety is the most important thing that shall not be overlooked during this Eid-Ul-Azha, so that celebration shall not be merged with tragedies. Eid-Ul-Adha is not complete without a sacrificial […] 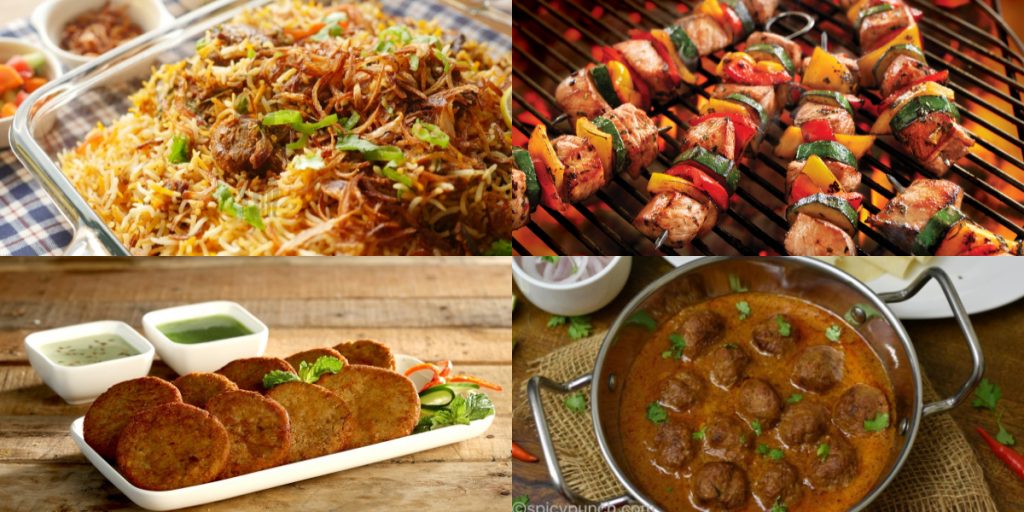