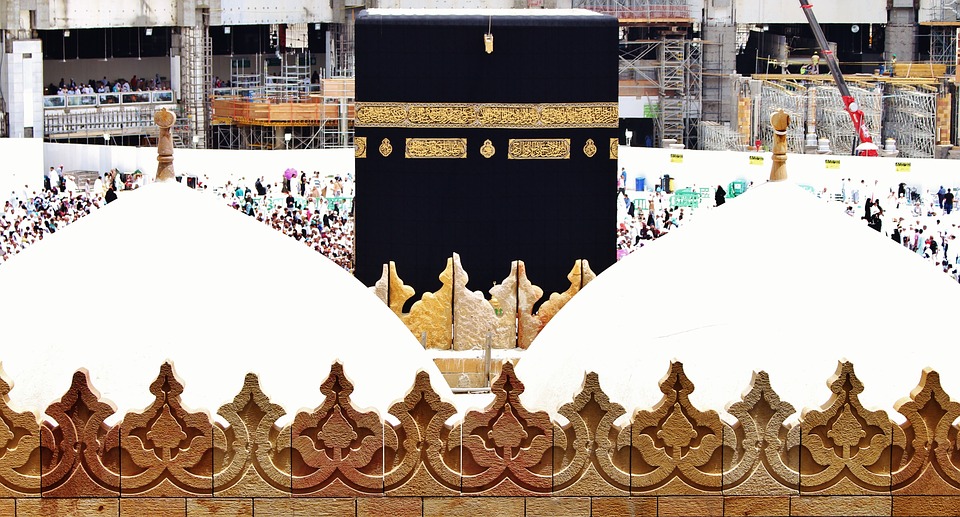 You must, first of all, recollect one important thing: What is Kufr and what is Islam? Kufr means refusal to obey God, and Islam means total submission to God alone and refusal to accept any ideas, laws or commandments, which contravene the guidance, received from God.

Judging’ does not refer here to merely legal matter or court judgment.

It applies to all those decisions, which we all have to make every day in our lives. You are all the time having to ask yourselves whether to do a certain thing or not, and how to act in varying circumstances.

One way to reach a decision in every eventuality has been laid down in the Book of God and in the Sunnah of His Messenger; other ways are prompter by your desires, by your culture and society, or by man-made laws. If you ignore the way laid down by God. If you decide to conduct your lives according to some other way, you are, then, following the path of Kufr. If you do this always and in every portion of your lives, you are totally Kafirs. And if you obey the directions of god in some matters, while in others follow your own self, desires, society, or man-made laws, then you are guilty of Kufr to the extent of your disobedience. You may be half Kafir, or a quarter Kafir or less or more. Put simply: Kufr exists in proportion to the extent of rebellion against the law of God.

Islam is nothing but man’s exclusive and total submission to God. He is not a servant of his self, or of his ancestors, or if his family and nation, or of any ruler, general, leader, Mulla, Sheikh or any other person. He is servant of God alone. Says Allah:

Say [O Prophet}:’People of the book! Come to the creed common between us and you, that we serve none but God, and that we associate none with him, and none of us takes other as Lords, apart form God.’ But if they turn away, Say, ‘Bear witness that we are Muslims’

What! Do they seek a Din other than Gods whereas unto surrenders whoso is in the heavens and on earth, willingly or unwillingly, and unto him all must return? (Al ‘Imran 3:83).

One fundament principle has been clearly and forcefully propounded here. True religion means total obedience and submission to God. Worshipping God does not mean merely that you bow before him Five times a day. It means that His Commandments should be carried out at all times. You should abstain from what He has commanded. In every particular find out what the commandment of God is. Never judge the right and wrong by what your own hearts desire, what your intellects suggest, what your forefathers used to do, what you families and relations scholars tell you, what a particular person orders or would be pleased by. If you follow any other person’s orders or suggestions in preference to God’s commandment, you are
making that person a partner in Godhood. It would mean you were giving that status which exclusively belongs to God.

Worthy of worship is He alone who has created you and who keeps you alive. Everything in the heavens and on earth obeys Him. No stone obeys another stone, no tree obeys another tree, no animal obey another animal. Are you then worse than animals, trees and stones, which obey only God, that you obey human beings like yourselves in preference to God? This is the central message of the Qur’an, simple and emphatic.

Why do people disobey God and go astray? According to the Qur’an, there are three main reasons.

The First is love of one’s own desires:

And who is more astray than he who follows his own likes and dislikes with out any guidance from God. Surely God guides not the wrongdoers

Thus, more than anything, it is man’s own wishes and desires which lead his astray. For, the one who becomes a slave to his own desires can never become a true slave of God. He will always have only one consideration before him: what will bring fame and honour, what will give him pleasure and gratification, and what will provide him with comfort and ease. He will, therefore, do whatever is necessary to achieve his ends, irrespective of whether God has forbidden the kind of thing he is doing. And he will never do anything, which will not help achieve these ends, even though God may have ordered him to do so. The god of such a person is his own self-nafs-or his own desire, his like and dislike-hawa-and not Allah. How, then, can he benefit from God’s guidance, asks the Qur’an:

Have you seen him who makes his own desire his god? Will you be a guardian over them? Or do you think that most of them hear or use their reason? Nay, they are but as the cattle; nay, nut they are further astray the way

To be a slave of one’s desires is worse than being a beast of the field. No animal will overstep the limits set by God. Every animal eats what God has fixed for it; it performs only those functions, which are allotted to it. But such an animal is man that when he allows his desires to take over, he commits acts as would make Satan himself shudder.

The second reason for going astray is following blindly the customs and practices, beliefs and notions, rites and ceremonies of society and regarding them as superior to God’s guidance. Such a person, when reminded of God’s commandments, insists that he should follow only what society approves and continue the traditions of his family or country. How can one who is suffering from such a disease be a servant of God? His gods are society, family and nation. What right has he to claim that he is a Muslim? The Qur’an warns him thus:

And when it is said to them, ‘Follow what God has sent down’, they say, No, We will follow [only] what we found our fathers doing’. What! Even if their fathers did not use their reasons at all, nor were guided? (Al-Baqarah 2:170).

And when it is said to them, ‘Come now unto what God has sent down, and unto the Messenger’, they say, ‘Enough for us is what we found our fathers doing’, what! Even if their fathers had no knowledge and no guidance? O believers! You are responsible for your own souls. Those who are astray can do you no harm, if you are rightly guided. Unto God shall you all return, and then He will tell you what you were doing (al-Ma’idah 5:104-5).

In every age, the people who refused to follow the Truth have been suffering from this disease. Always it has prevented them from accepting the guidance brought by the Messengers of God. When Musa invited people to submit to God’s law, they said;

Have you cane to us to turn us form what we found our fathers practicing (Yunus 10:79).

When Ibrahim tried to dissuade his fellow citizens from associating gods with Gods, they said:

People have, in all ages, made this same excuse to every prophet, ’what you say is contrary to the practice of our forefathers and this is why we cannot accept it.’ And even so we never sent a Warner before you to any people but its men who lived in the pursuit of pleasures said, ‘We indeed found our fathers following a certain way, and it is their footsteps that we are following’, He said, ‘What! Though I should bring you a better guidance than you found your fathers upon?’ They said, ‘In what you are sent with, we disbelieve.’ So we inflicted our retribution upon them; and behold how as the end of then that gave the lie [to the truth]! (Zukhruf 43:23-5).

Allah tells people that they can either follow their forefathers, their society and culture, or His Commandments. They cannot do both. If you want to be Muslims you must give up all things apart from God and obey what he has commanded:

And when it is said to them, ‘Follow what God has sent down’, they said, ‘No, but we will follow what we found our fathers doing’. What! Even though Satan was inviting them unto the punishment of the blazing flame. And whosoever submits his will to  God, and is a doer of good, he indeed has taken hold of the most firm handle. And with God rests the outcome of all affairs. And whoso disbelieves, let not his belief grieve you. Unto us they shall return, and we shall tell them what they did (Luqman 31:21-3).

The third reason is obeying other human beings in preference to God. How does this happen? When we mistakenly believe that the person concerned is a great thinker whose word must be true. When we imaging that he controls our livelihood, having the power to withhold it from us or give us whatever he desires. When we think that he has the authority over us to do as he wishes. Or, when we subscribe to the notion that he can ruin us by laying his curse upon us or take us to Paradise with him if he is obeyed. Or, when we conclude that we must follow the ways of certain nations because they are progressive and modern and have made great advances in the world. If we behave in any of these manners, the door of Divine guidance is closed:

We can be on the right path only when we have faith in one God, and follow His guidance only. How can we find that path when we have invented numerous gods, sometimes obeying this one and sometimes that one?

The Three main causes of going astray are now before you: self-worship or unrestrained gratification of one’s desires; social conformity or blind following of the customs of society and notion; and servitude to human beings in general, especially rulers of the time, rich and false religions thinkers.

If you want to become true Muslims you must first break these three formidable idols that claim to be your gods. For with these three idols in your hearts you cannot become slaves of Gods. Merely by offering Prayers many times a day by ostentatiously observing Fasts, and by putting on the outward face of Muslims, you may deceive your fellow beings-as well, indeed, yourself-but you will never be able to deceive God.

Source: [Book: Fundamentals of Islam (By: Abul Ala Maududi)

Muslims or Kafirs?
The two things which separate Muslims and Kafirs are, therefore, knowledge and actions. That is, you must first know who your Master is…

Sun Jan 12 , 2020
Two types of Islam – Two Kinds of Muslims Two types of Islam Legal Islam Under legal Islam, on which jurists and states must base their dealings, what lies in your hearts and minds is not taken into account, nor can it be. Your verbal affirmation and those essential signs […] 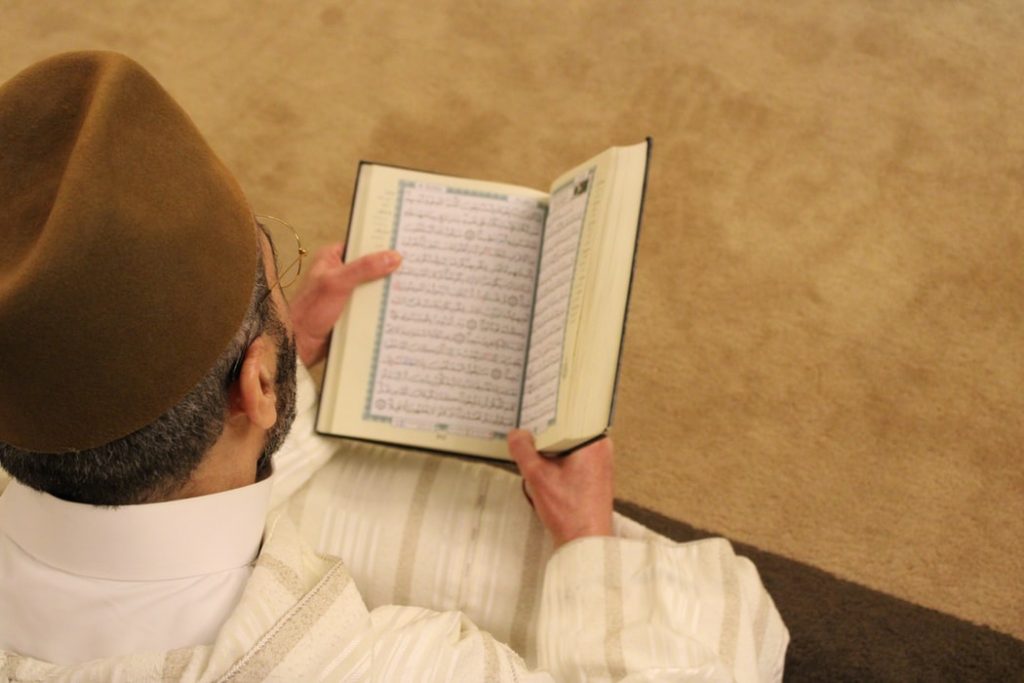