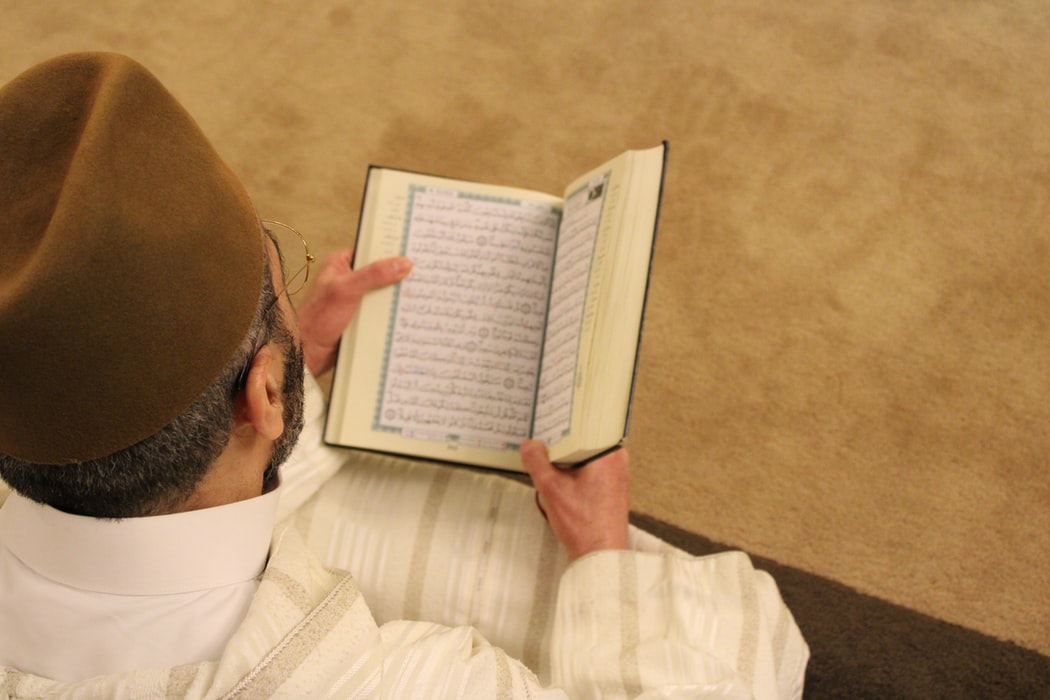 Under legal Islam, on which jurists and states must base their dealings, what lies in your hearts and minds is not taken into account, nor can it be. Your verbal affirmation and those essential signs which must flow out of that affirmation are accepted as sufficient evidence of your Islam. Anyone who affirms by word of mouth belief in Allah, the Messenger, the Qur’an, the Hereafter and other articles of faith, and who also fulfils those necessary conditions which provide proof of his affirmation, is considered part of Muslim society and all dealing with him are to be conducted as with a Muslim.

This definition provides the legal and cultural basis on which Muslim society is organized. Its purpose is no more than that all those who enter into the Muslim Ummah are recognized as Muslims: nobody from among them must have the same mutual legal, moral and social rights; they should be entitled to marry among Muslims; they should be eligible to receive their share in inheritance; all other civil
relations should be established with them.

However, in the world-to-come, you cannot be judged as a Muslim and a Mumin on the basis legal affirmation, nor on this basis will God accept you as one of his chosen servants. What will count then is having faith in hearts, and willingly and wholly submitting lives to God. Whatever is verbally affirmed is meant for courts and for the common man and the Muslim society. For they can only see the exterior, but Allah see deep into your hearts and knows precisely the degree of your Iman.

How will He judge a man? Allah will see whether he lived and died for Him alone, whether his loyalties to Him superseded all the other loyalties, whether his obedience and his service, indeed his entire life, were devoted only to Him. If they were solely for Allah then he will be adjudged a Mumin and a Muslim, but if they were for someone else, then he will not be adjudged a Muslim or a Mumin. Whoever falls short of this criterion will, to the extent he falls short, be lacking in Iman and Islam, irrespective of how important a Muslim the world may judge him and of any high positions he may hold. With Allah only one thing matters: whether or not you have given away in His way all that He has given you. If you have, you will be granted the reward which is reserved for those who are loyal and render the service that is due. But if your submission has been his service, your claim to be Muslims, which implies that you have claim to be Muslims, which implies that you have wholly given up yourselves to God, will be a deceptive claim. Although you may be able to mislead the world and persuade the Muslim society to grant you its membership and all the rights of Muslims, God cannot be deceived into assigning a place for you among His faithful.

Reflect on the differences between legal Islam and true Islam and you can see that their consequences will vary greatly, not only in the Hereafter but also in this world; the life pursuits, character ad disposition of a true Muslim will be totally different from one who merely parades the outward trappings of faith. You will always encounter these two types of Muslims.

Some Muslims profess faith in God and the Messenger and declare Islam as their religion; but then they confine this Islam to only a part of their lives. To the extent of this part, they express great attachment to Islam; extensively perform worship rituals like Prayers, use of the rosary, remembrance of God’s name. They are very particular in conforming to outward piety in matters like food dress and other external social, cultural customs. Thus they are fully ‘religious’.

But beyond these convection their lives are not ruled by God. If they love,  they love for the sake of their own selves, their country, their nation, or for anything else, but not for Allah. If they become displeased, are angry, hate someone, make enemies, or wage war, it too is for the sake of some worldly or selfish interest. Their relations with their businesses, their wives and children, families, societies-will all be to a great extent unaffected by Islam and based on secular considerations. As landlords, traders, rulers, soldiers, professional people-in all spheres they will behave as if they are autonomous, having in connections with their position as Muslims. When such people establish cultural, educational and political norms and institutions, these have nothing to do with Islam, even though they may seem Islamic.

The second kinds of Muslims are those who completely merge their personalities and existences into Islam. All the roles they have become subordinate to the one role of being Muslims. They live as Muslims when they live as fathers, sons, husbands or
wives, businessmen, landlords, laborers, employers. Their feelings, their desires, their ideologies, their thoughts and opinions, their likes and dislikes, all are shaped of Islam. Allah’s guidance holds complete sway over their hearts and minds, their eyes and ears, their bellies, their sexual desires, their hands and feet, their bodies and souls. Neither their loves nor their hatreds are formed independently of Islamic criteria. Whether they fight or make friends, it is purely for the sake of Islam. If they give anything to anybody, it is because Islam requires it to be given. If they with hold anything from anybody, it is because Islam wants it to be withheld.

And this attitude of there is not limited to personal lives; their public lives, their societies are also based entirely on Islam. Their collectivity exists for Islam alone; their collective behavior is governed by the precepts if Islam alone. 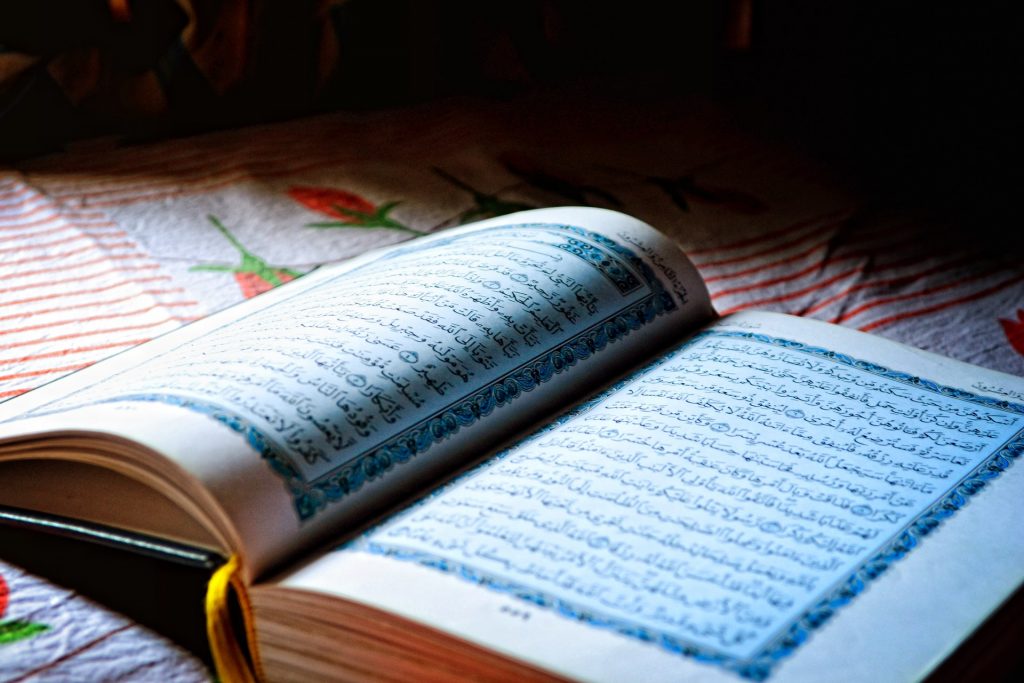 HOW MUSLIMS TREAT THE QUR’AN

Muslims are the only people in the world today fortunate enough to possess the word of God preserved in its original form, free from all distortions, and precisely in the wording in which it was sent down upon the Prophet, blessings and peace be on him. 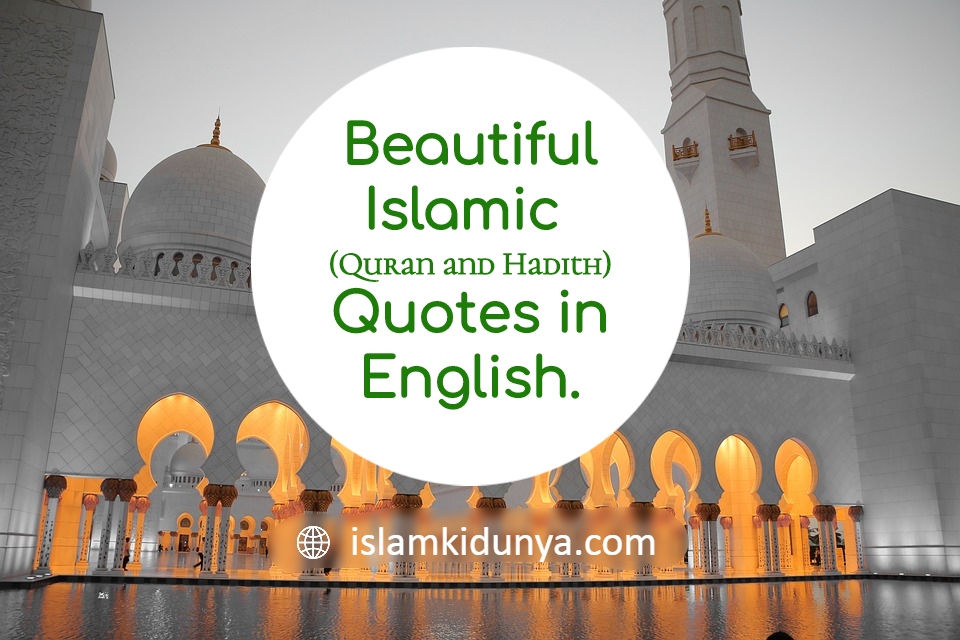 Sun Jan 12 , 2020
True Meaning of Ibadah There is an important word which we Muslims use a lot but understand little. The word is ‘Ibadah. It is very important that we understand its true meaning and significance. The sole purpose of our creation, the end of our lives, Allah says. Is to worship […] 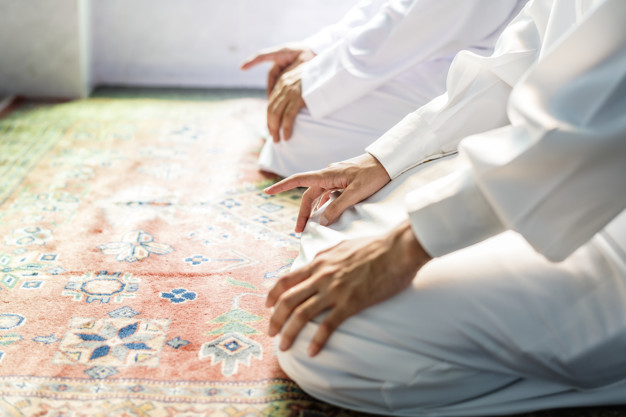