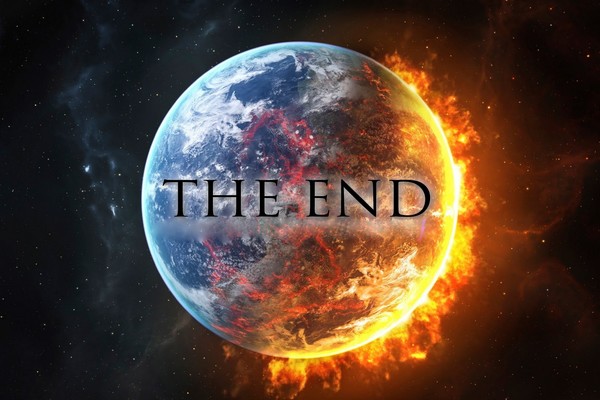 The Signs of the Day of Judgment

“Everything on the earth shall perish. And remains (eternally) the Being of your Lord, the Most Majestic and the Most Honorable.”

Allah’s beloved Rasool صَلَّی اللہُ تَعَالٰی عَلَیْہِ وَاٰلِہٖ وَسَلَّمَ peeped in and said to us: What are you discussing about? We said: (We are discussing about the Last Hour.) Thereupon he said: The Last Hour would not come until the ten signs appear: land-sliding in the east, and land-sliding in the west, and land-sliding in the peninsula of Arabia, the smoke, the Dajjal, the beast of the earth, Gog and Magog, the rising of the sun from the west and the fire which would emit from the lower part of ‘Adan. Shu’ba said that ‘Abd al-‘Aziz b. Rufai’ reported on the authority of Abu Tufail who reported on the authority of Abu Sariha a hadith like this that Allah’s Rasool صَلَّی اللہُ تَعَالٰی عَلَیْہِ وَاٰلِہٖ وَسَلَّمَ did not make a mention of (the tenth sign) but he said that out of the ten one was the descent of Isa, son of Mary (peace be upon him), and in another version it is the blowing of the violent gale which would drive the people to the ocean.

Let’s discuss these signs of Day of Judgment:

The series of Prophethood is ended with the Holy Prophet Hazrat Muhammad صَلَّی اللہُ تَعَالٰی عَلَیْہِ وَاٰلِہٖ وَسَلَّمَ but it is the sign of Day of Judgment that false prophets will appear in the world. People will claim to be prophet. Some of them have already been appeared such as Musallaima kazzzab, Tulaiha bin khuwailad, and Mirza Ghulam Ahmed Qadyaani. Other such false prophets will also appear.

READ: THINGS THAT SAVE US FROM HELLFIRE

Before the arrival of Day of Judgment the time will pass very quickly. A year will pass like a month and a month like a day. People will seek the Islamic knowledge for the sake of their material needs not for the sake of Allah عَزَّوَجَلَّ. Kids will disobey their parents. Masajid will become the talking place for worldly affairs. People will prefer their friends on their parents. Music and dance will be so common and illiterate people will live in big palaces. These are the common signs of the day however some major signs will also appear.

The Emergence of Imam Mahdi:

A time will come when Islam will only confine to the holy cities The Makkah and The Madina. All the pious people of the world will migrate towards these cities from their relevant countries. At this time Imam Mahdi will appear between the people doing Tawwaf of the Kaaba. Pious people and saints of Allah عَزَّ وَجَلَّ will recognize him and will request him to guide them but he will refuse even an unseen voice will arise “he is Mahdi, the Khalifah of Allah عَزَّ وَجَلَّ. After listening this voice all pious people will follow him and he will guide them towards shaam (Syria).

The Emergence of Dajjal:

Dajjal is a devil character and will appear in the world before the Day of Judgment. He will conquer the whole world except the two holy cities Makkah and Madina. He will conquer the world in a time span of only forty days. The first day of these days will be equal to the length of one year, the second day will be equal to a month, the third day like a week and the other days will be like normal days.

Dajjal will travel around the world like a destructive storm, destroying everything in his path. The traveling speed of Dajjal will be like the speed of a cloud waving in the fast wind. Destruction will occur everywhere wherever he will go. He will misguide and mesmerize people by playing tricks and displaying deceptive illusions so that people following him. He will show a lot of tricks to inspire people like growing lot of vegetation, increasing livestock, producing treasures of wealth in forests, but all these will be the illusions and will vanish as soon as he will pass away. Whenever he will try to enter in the holy cities the angels will turn his face in any other direction. There will three words on his forehead visible only to Muslims, these words are “ک،ف،ر”.

This fragrance will increase and spread everywhere causing the Dajjal to move away. Prophet Isa عَلَیْہِ السَّلَام will chase Dajjal and will kill him with a spear. The death of Dajjal will result a new era of the world. It will be the reign of Islam. People will follow Prophet Isa عَلَیْہِ السَّلَام and he will kill the pig and break the cross. There will be the abundance of wealth and there will be no jealousy, enmity or animosity among people.

READ: Miracles Of The Prophet Muhammad (Peace Be Upon Him)

The Emergence of Yajooj and Majooj:

These are the two powerful tribes from Transoxania. These will appear in the world in the shining reign of Prophet Isa عَلَیْہِ السَّلَام and will start eating and drinking everything in the world. They will cross the lake of Tiberius and will drink its whole water. They will do murder of people and will try to kill the people in heaven. At this time Prophet Isa عَلَیْہِ السَّلَامand his companions will pray for the destruction of this nation. Allahعَزَّ وَجَلَّ will accept their prayers and destroy the Yajooj and Majooj. The birds will take away their corpses. After their death there will be heavy rain in the world to make it most luxurious. After some days of prosperity a dark period will come. On the order of Allah عَزَّ وَجَلَّ a dark flame will spread all over the world by destroying it.

The Appearance of Dabba tu lard:

The Sunrise from the West:

Then there will be a time when the sun will rise from the west instead of east. The doors of repentance will be shut on this time. Allahعَزَّ وَجَلَّ will not accept repentance from any one and no one will be allowed to enter in Islam. The blowing of perfumed and refreshing wind. After the demise of Prophet Isa عَلَیْہِ السَّلَام, there will be forty years time period of the world and towards the end of these forty years a perfumed and refreshing wind will blow which will take out the soul of every Muslim in the world and no Muslims will remain behind in this world. After passage of these forty years another forty years time period will come, in which no woman will be able to give birth a child. This age will be the age of disbelievers and there will no Muslim in the world at that time. Nobody will worship Allah عَزَّ وَجَلَّ.

The Blowing of the Trumpet:

At the end of these forty years Allah عَزَّ وَجَلَّ will order the angel Israfil عَلَیْہِ السَّلَام to blow the trumpet. This will be starting of the Day of Judgment. The sound of trumpet will increase gradually. People will busy in their daily chores on listening the sound of trumpet all of them will fell down and die. Every existence will end up. The sun, the moon, the earth, the stars, mountains and even angels will end up and destroy. The angel Israfil عَلَیْہِ السَّلَام and his trumpet will also vanish. Only the one God, Allahعَزَّ وَجَلَّ will remain back forever. On this day Allah عَزَّ وَجَلَّ will say;

May Allah عَزَّ وَجَلَّ enable us to prepare ourselves for that hard day and with His mercy enter us to Jannah!

Mon Jun 4 , 2018
Things you need to know about Al-Aqsa Mosque  Al-Aqsa mosque is the only mosque mentioned in the Quran after the sacred mosque in Makkah. It was the place where the Prophet Muhammad ascended to heavens in the Night Journey. God said: Exalted is He who took His Servant by night from […] 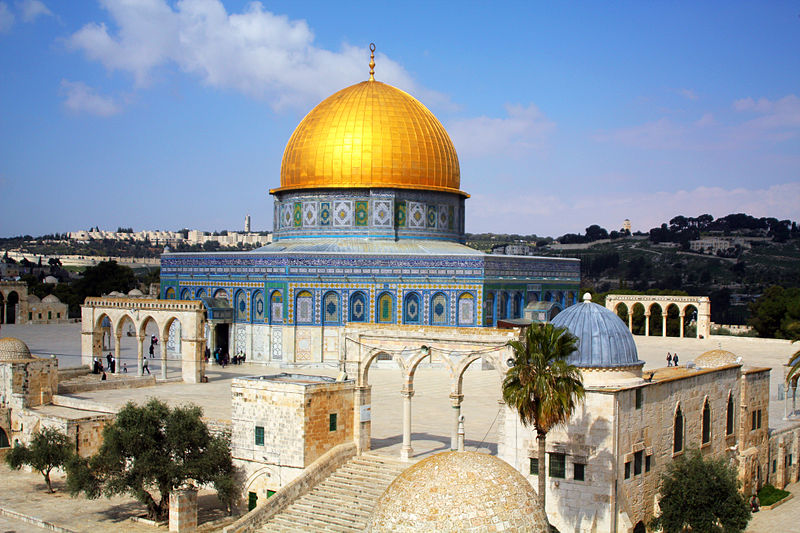