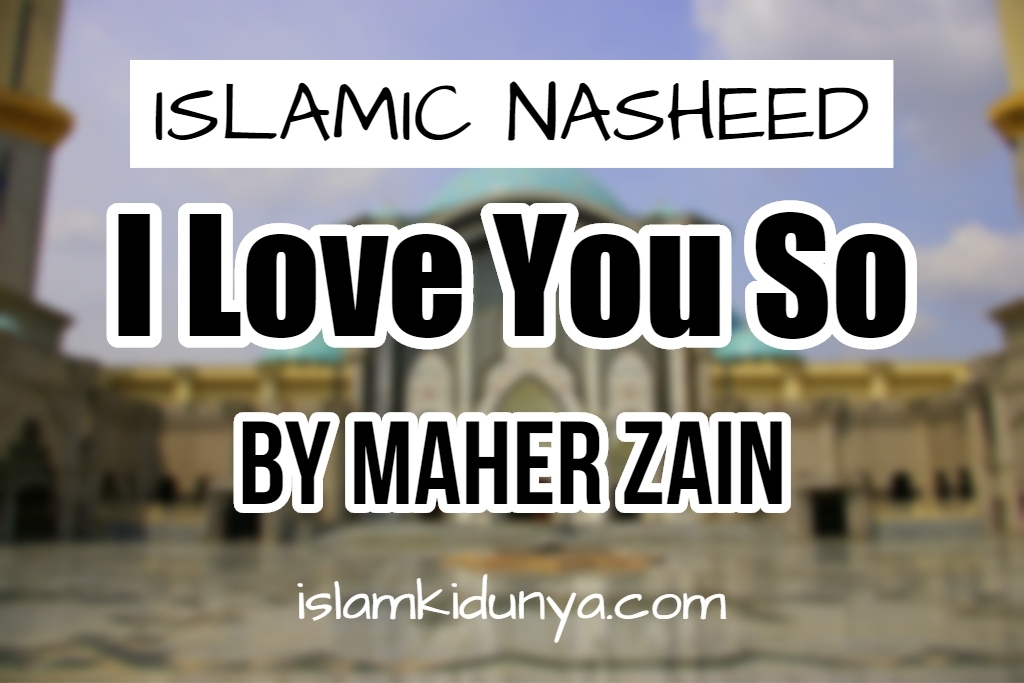 I Love You So – Maher Zain (Nasheed Lyrics)

I pray to God
My heart, soul, and body
Every single day of my life
With every breath I solemnly promise
To try to live my life for you

O Allah, I’m forever grateful to You
Whatever I say could never be enough
You gave me strength to overcome my uncertainties
And stand firm against all the odds